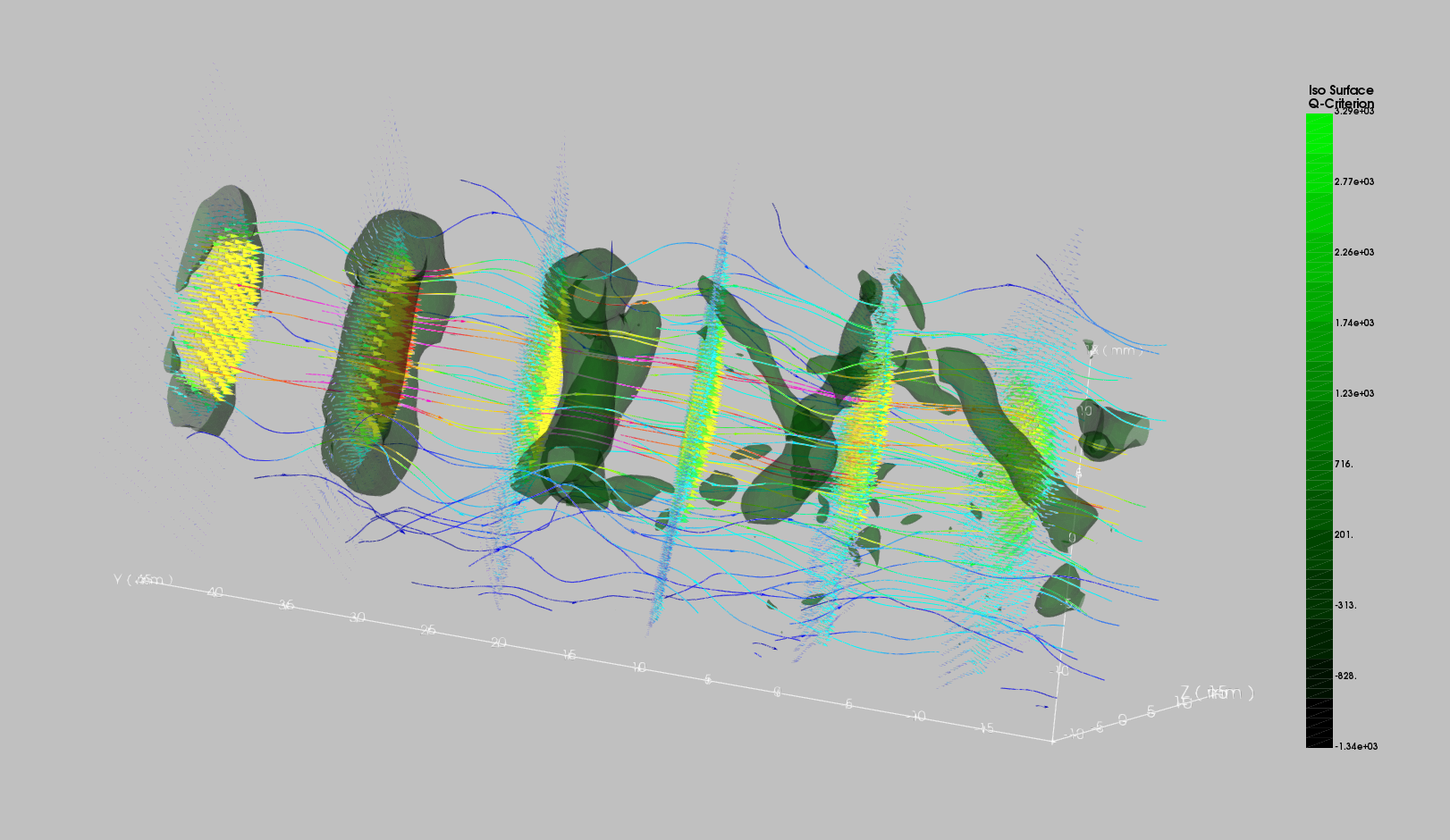 3D visualization of a jet-flow with vectors, isosurfaces and streamlines, highlighting the different flow features

New Wizard for setting up a measurement

The new Wizard to set up an imaging experiment with the new Synchronizer, this will make it easier for novice DynamicStudio users to set up their experiments, especially if advanced synchronization is needed. 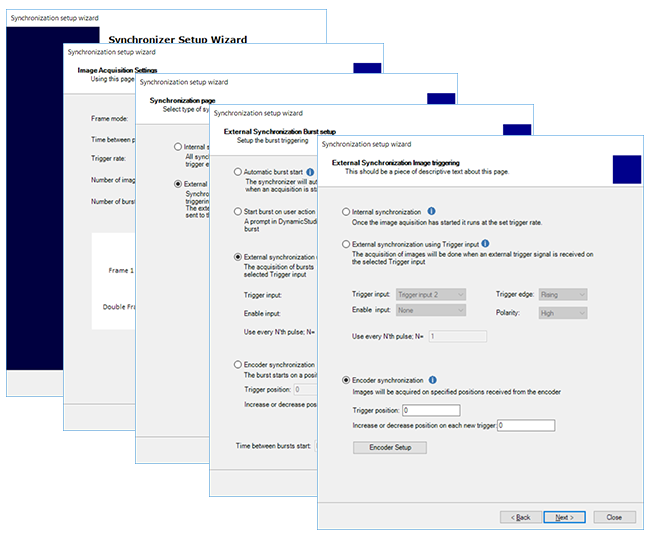 Improvement of the alternative correlation peaks

Added better support for alternative peaks in the Universal Outlier Detection, thereby the alternative peaks are now used for vector replacements, which plays a significant role in reducing errors and improving the measurement uncertainty.

A major improvement of the Adaptive PIV has been made: the accuracy is now up to 50% better than in the previous version.

The SpeedSense VEO 440 camera is supported. With a 4MP sensor and a resolution of 2560 x 1600 px it can run up to 1100 fps in full resolution. On top of that you get remarkable sensitivity, image quality and put into a compact housing.

Get the Latest Information about:

The Website uses cookies to distinguish you from other users of the Website. Cookies are small files which your device accepts from websites that you may visit, allowing websites to recognize your device when you move between pages or when you return to a website after having been away.

We use cookies, amongst other things, to review how you use the Website, to facilitate any online transaction or to see how you browse the Website and our catalogue of products. This information allows us to improve and maintain the Website and our service to you.
Necessary Always Enabled
Necessary cookies are absolutely essential for the website to function properly. This category only includes cookies that ensures basic functionalities and security features of the website. These cookies do not store any personal information.
Non-necessary
Any cookies that may not be particularly necessary for the website to function and is used specifically to collect user personal data via analytics, ads, other embedded contents are termed as non-necessary cookies. It is mandatory to procure user consent prior to running these cookies on your website.
SAVE & ACCEPT